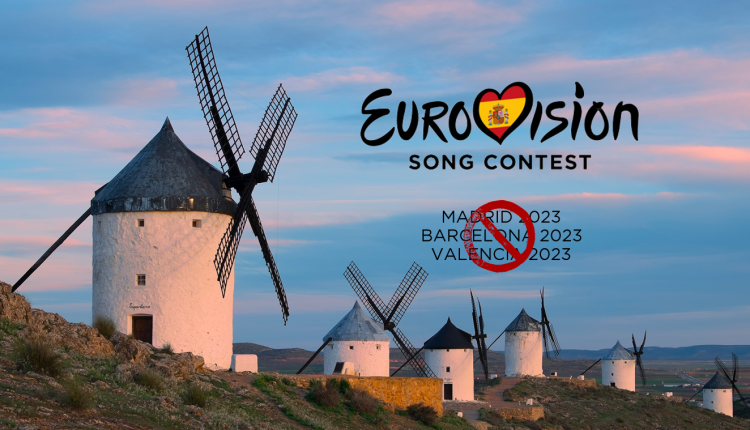 From May 15th, after Kalush Orchestra’s victory, the question on everybody’s lips has been: “Where will Eurovision 2023 take place?”.

Even though Ukrainian authorities, as well as national broadcaster Suspilne, made it clear the winning country will host the contest, several countries have shown interest in being considered as back up solutions, just in case… The UK, Italy, Sweden, to name a few, have all said they would be delighted to host. Well it seems that one of the strongest contenders is out of the picture now.

On June 13th, newspaper “Faro De Vigo” published a rather long interview of RTVE President, José Manuel Pérez Tornero. Among other declarations (happiness of Spain’s result in Turin, project of a Latin American Song Contest…), President Pérez Tornero made it clear that Spain would not host Eurovision 2023.

(We don’t want to be left with the mirage of a good result, we’re going to go for a win next time. We were also interested in organizing it, but in the end if Ukraine resigns, it will be the BBC that organizes it and we are going to split up our strengh. We are going to try to launch a similar festival for Latin America and compete as best as we can in the next Eurovision.)

So cities like Madrid, Barcelona or Valencia can give up on their Eurovision dream for now since it is obvious that Spain won’t do the job. But has the EBU made up its mind? Well, maybe, since RTVE President seems quite confident all options seem to have been left aside apart from Ukraine (that seems like EBU’s prime choice) and the UK as the only remaining back up option. It appears though that the names of the host country and city won’t be disclosed anytime soon…

Do you have any preference for our 2023 destination? Are you team “chicken Kiev”, or team “Fish’n’Chips”? Do you think another option is still possible? Let us know below, or on our social media @escbubble !

Live-On-Tapes to be released tommorow!

Sara James received the Golden Buzzer on America’s Got Talent!

The EBU releases a new statement on the hosting of the 2023 Eurovision Song Contest!

Ukraine will not host Eurovision 2023! United Kingdom to be the most likely host!