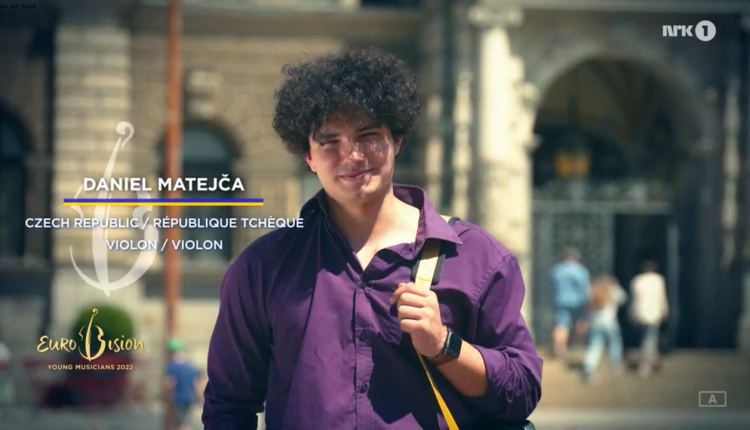 The Czech Republic has won its first ever Eurovision competition, as tonight they are the winners of Eurovision Young Musicians 2022, thanks to Daniel Matejča and his magical violin performance! This edition of EYM took place in Montpellier, France with nine countries taking part, after a four year absence for this version of Eurovision.

The event was broadcast entirely in French, and was hosted by Judith Chaine (a French journalist and producer who plays the piano and organ) and Vincent Delbushaye (a Belgian TV Presenter).

Nine countries took part this year. That’s the lowest number of participants since the first two editions in 1982 and 1984 saw six and seven countries, respectively, compete.

This year, Austria and France were back after skipping the previous edition in 2018, while Albania, Estonia, Greece, Hungary, Israel, Malta, Russia, San Marino, Slovenia, Spain, and the United Kingdom all decided to abstain.

Each of the nine young musicians had just eight minutes on stage to impress a panel of five jurors, who exclusively had the power to determine the winner. The jury consisted of:

Unlike the original Eurovision Song Contest, EYM does not have the tradition of the winning country hosting the next Contest. Russia won the last edition of EYM, and while Croatia was originally due to host, France was eventually bestowed this honour, and Vienna hosted four editions in a row from 2006 to 2012!

Hence, we may have to wait a while to see if Česká televize decide to host the 21st edition of EYM somewhere in the Czech Republic, which will presumably take place in 2024.