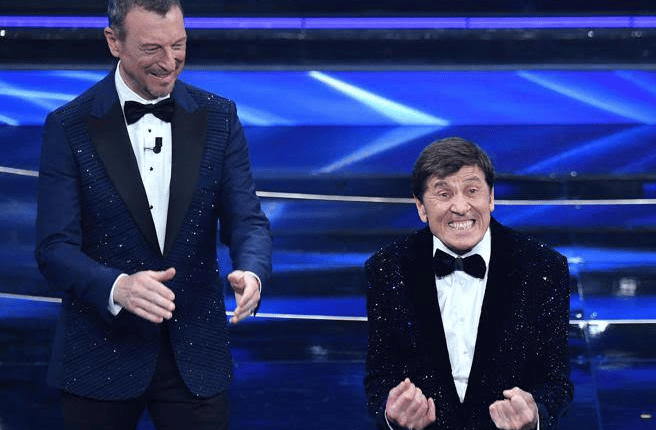 Amadeus surprised us all again last night, in what is becoming a pattern as he continues to drop more information about the 73rd Festival di Sanremo. On last night’s edition of the Italian TG1 news, Amadeus divulged that Gianni Morandi will co-host all five nights of the Festival in February 2023!

This will be Gianni’s third time hosting Sanremo, having previously done so in 2011 and 2012. With an estimated 50 million records sold, he is certainly no stranger to fans of Italian music, or the Sanremo Festival itself.

He most recently competed this past February where he came third overall with his song Apri tutte le porte (“Open all the doors”). Going back further, he won Sanremo in 1987, came second in 1995 and third in 2000.

Gianni’s impressive career stretches back to 1962 when he made his debut as an artist. He hit it big with Fatti mandare dalla mamma (“Get your mother to send you”), and remained a huge star in his native Italy throughout the 1960s.

Gianni also has Eurovision experience under his belt, as he represented Italy at the 1970 Contest in Amsterdam with the song Occhi di ragazza (“Girl’s eyes”), where he finished in 8th place in a field of 12 competing countries.

Back in June, in similar broadcasts on TG1, Amadeus, in his role as Artistic Director of Sanremo, announced that Italian influencer and superstar Chiara Ferragni will co-host the opening and closing nights of the Festival (Tuesday and Saturday), as well as a breakdown of what to expect from each evening during the Festival.

Are you happy with the news that Gianni Morandi is back to host in 2023? Let us know below or on our social media @escbubble!

Suzy is the third confirmed artist for EuroStarz 2022!