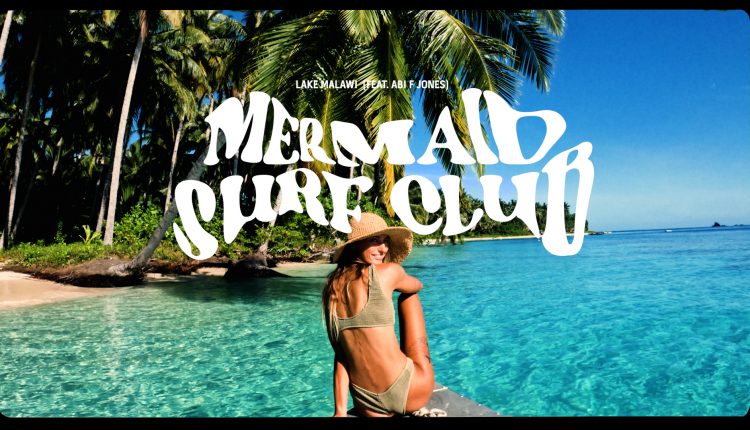 The Czech band Lake Malawi, famous for representing their home nation at the Eurovision Song Contest in 2019, has released a new song called “Mermaid Surf Club”, with an interesting Eurovision connection and an international collaboration.

Mermaid Surf Club was written during the same songwriting camp as “Lights Off” by We Are Domi, which represented the Czech Republic at the Eurovision Song Contest in Turin this year. Lake Malawi and We Are Domi have also released the song High-Speed Kissing together, proving that the two Czech Eurovision bands harmonize perfectly.

Lake Malawi’s new song has a fresh, relaxing summer vibe and is dedicated to the love for surfing, as frontman Albert Černý explained.

For the past few years, my girlfriend and I have been spending all our free time surfing. We even converted a van in winter and spent
the spring in Portugal. I just fell in love with the surf lifestyle and I wanted to write a song about it. We wrote the song in a day, it came naturally when we started jamming with Abi and Einar at the Czech Songwriting Camp

Interestingly, the Norwegian producer Einar Eriksen Kvaløy, who co-wrote We Are Domi’s “Lights Off”, was also working on this song. Furthermore, Lake Malawi got support from the British singer-songwriter Abi F Jones, who sings a major part in the song and has expressed her joy about working with the Czech band:

It was a pleasure working with Lake Malawi. We wrote our song, ‘Mermaids surf club’ on a song writing camp in The Czech Republic at the end of summer 2021. The session was fun because Albert and I share a lot of the same energy and the song came easily. I’m very proud of the result and want the world to hear it!

The song will bea featured on Lake Malawi’s new album, which will be released in October 2022. Until then, you can enjoy their new summer hit and also re-watch their Eurovision performance in Tel Aviv, which got the Czech Republic their second best result to date!

Belgium: VRT announces host and wish-list for their National Selection in 2023

Loreen to compete – Here are the 28 participants of Melodifestivalen 2023