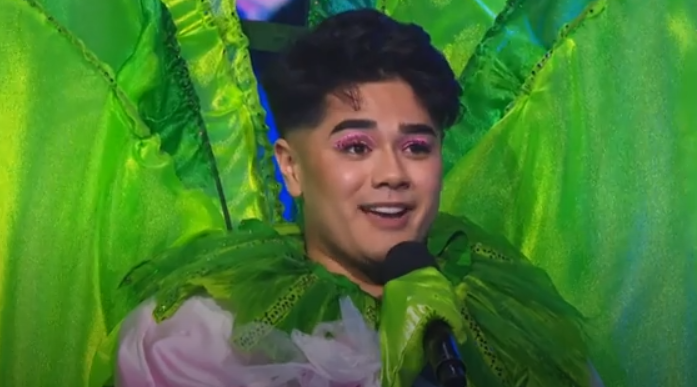 Sheldon Riley ended as the runner up of The Masked Singer Australia!

The fourth season of the the show – The Masked Singer Australia has finished and Mirrorball was crowned as the winner of it. The lady behind the costume was the singer Melody Thornton. She is a former member of the American girl group The Pussycat Dolls. The runner up of the show was the Snapdragon and behind that costume we had a chance to hear a voice of the singer who represented the island continent at this years Eurovision, Sheldon Riley. You can watch one of his performances below.

Sheldon isn’t the only Australian representative at Eurovision who ended as the runner-up at The Masked Singer Australia as their representative at Eurovision 2019, Kate Miller-Heidke,behind the mask of The Queen, finished at the same place in the 2nd season of the show, the same season featured Isaiah Firebrace as the Wizard, there were also some of the singers who competed at the Australian national selection competing at the show. Paulini was behind the mask of the Spider in the first season and Jack Vidgen was performing as The Kebab in third season of the show. Other Eurovision stars competed in their national versions of The Masked singer such as: Johnny Logan (Ireland 1980 & 1987), Sandra Kim (Belgium 1986), Nadine Beiler (Austria 2011), Elina Nechayeva (Estonia 2018), Natasha St-Pier (France 2001), Krista Siegfrids (Finland 2013),  Max Mutzke (Germany 2004), Lucy Diakovska & Sandy Mölling (Germany 2008), Guildo Horn (Germany 1998), Vicky Leandros (Luxembourg 1967 & 1972), Izhar Cohen (Israel 1978), Justs (Latvia 2016), Aminata (Latvia 2015), Anmary (Latvia 2012), Aisha (Latvia 2010), Lena Katina (Russia 2003), Oleksandr Ponomariov (Ukraine 2003), Anastasia Prikhodko (Russia 2009), Zlata Ognevich (Ukraine 2013), Ulrikke Bandstorp (Norway 2020), Pastora Soler (Spain 2012), Rita Guerra (Portugal 2003), Fausto Leali (Italy 1989), Zhana Bergendorff (Bulgaria 2018), Erika Vikman (Runner up Finland NF 2020) and many other ESC artists, some of them also appeared in the role of the judges of the show.

Sheldon Riley won Australia Decides 2022 in February and he represented Australia at the most recent Eurovision Song Contest in Turin with “Not The Same”, he received 125 points and ended on 15th place in the final of the show. You can watch his performance below

Do you watch The Masked Singer shows and do you like them? Which Eurovision singer would you like to see compete? Let us know in the comments below and at our social media links!