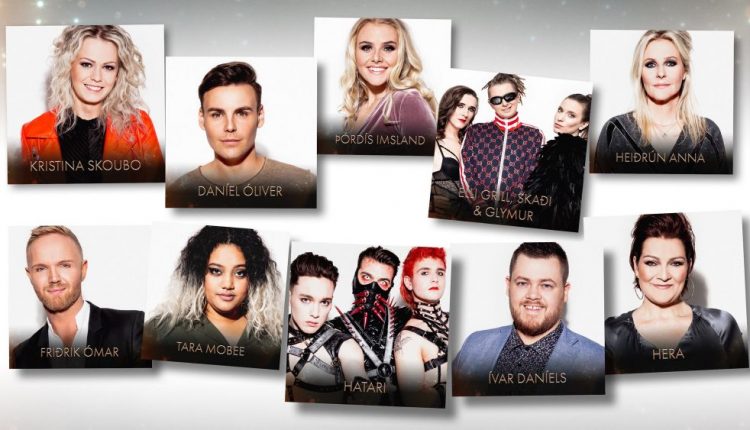 Söngvakeppnin 2019 Hera Björk, Fridrik and Svala are back!

Icelandic representative for Eurovision 2019 will be determined after two semifinals which will be held at the Háskólabíó conference hall in Reykjavík on 9th and 16th of February. Each semifinal will have 5 entries competing and the top two of the evening will advance to the final which will be held at Laugardalshöll in Reykjavík on 2nd of March. One entry out of the remaining non-qualifying acts from both semifinals will be chosen as a wildcard by Icelandic national broadcaster RÚV and will advance to the final.

Out of the 10 songs participating 8 are intended to be performed in English if chosen while 2 will remain in language.

Competing artists of this years Söngvakeppnin include two familiar faces to the Eurovision audience.

Svala Björgvinsdóttir (Iceland 2017) together with Bjarki Ómarsson signs for the music and English lyrics of the song What Are You Waiting For? performed by Þórdís Imsland.

Author of the song performed by Kristina Skoubo Bærendsen is the famous songwriter and music producer Sveinn Rúnar Sigurðsson. He is of Jonsi – Heaven (Iceland 2004) and Eiríkur Hauksson – Valentine Lost (Iceland 2007)

The team of authors for the song performed by Ívar Daniels includes Richard Micallef, vocalist of the band Firelight (Malta 2014)

Which one of these songs is your favourite?
Let us know in the comments below!

These are YOUR qualifiers from First Semi Final Of Selectia Nationala!