In the past 11 days, 22 entries have entered the escknockout, 11 of them coming out as the winners – Sweden (Benjamin Ingrosso), Austria (César Sampson), Cyprus (Eleni Foureira), Italy (Ermal Meta and Fabrizio Moro), FYR Macedonia (Eye Cue), Australia (Jessica Mauboy), Ukraine (Mélovin), Israel (Netta), Finland (Saara Aalto), Belgium (Sennek), and Greece (Yianna Terzi). In order to have an even number of participants in the quarterfinals, one wildcard was selected. As we announced before, the wildcard will be given to the act that had the most number of votes from all the 11 eliminated acts, and that one is Belarus (Alekseev).

These 12 acts have now been randomly drawn into six knockouts, as per the image below: 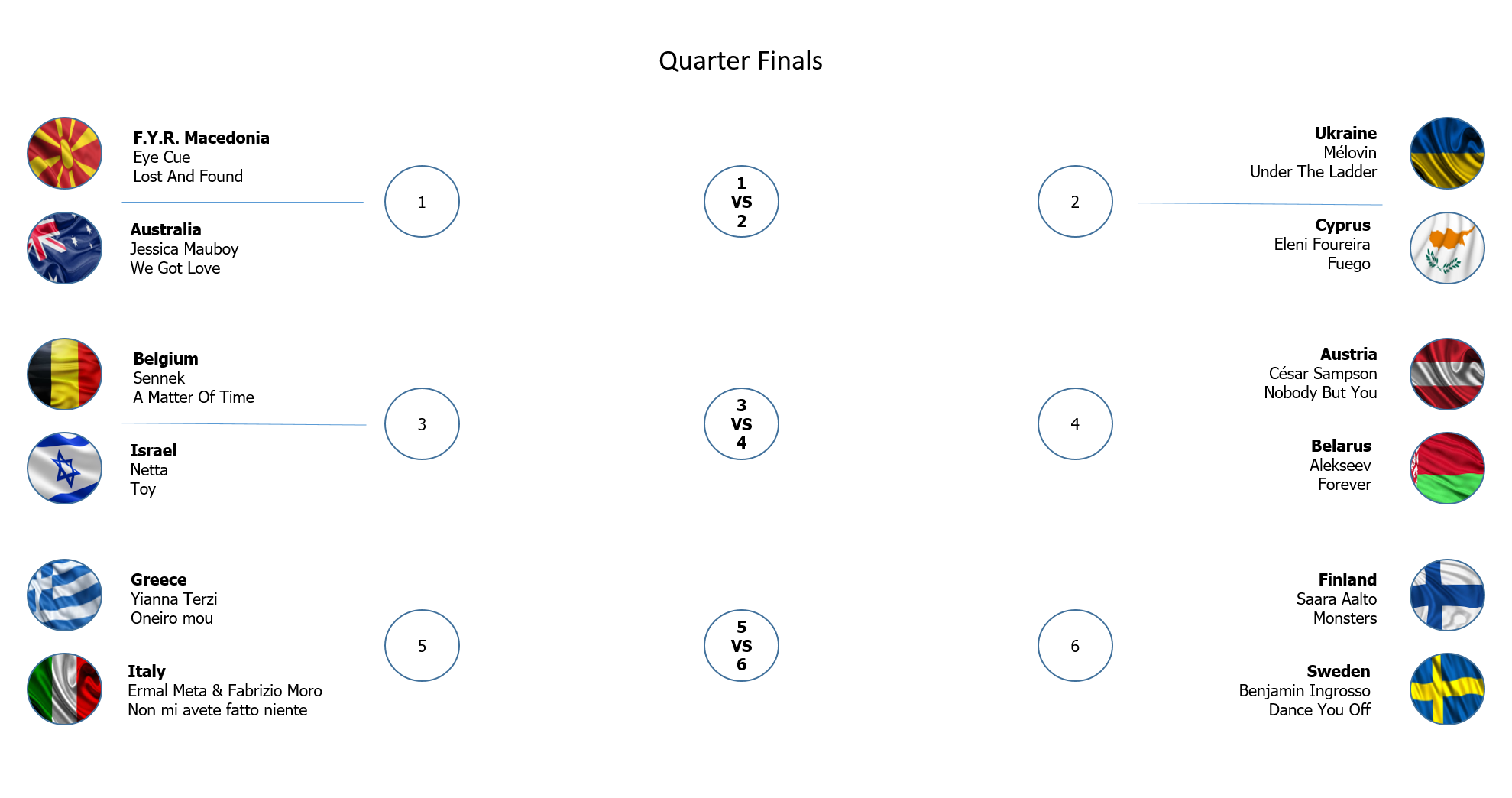 The first knockout between Eye Cue and Jessica Mauboy has already started, and you can vote for your favorite act on our Twitter page here:

The winner of this duel will proceed to the semi finals, where the winner of the second duel (Mélovin vs Eleni Foureira) will be the opponent. Make sure you follow us on Twitter not to miss any of the battles, and not to let your favorite get eliminated this close to the Finals. In case there is a tie in any of the battles, the act that received a bigger percentage in the last round will qualify.

Rasmussen: “I strongly believe that a lot of conflicts around the world today could be solved…”

DoReDos – ”In my opinion this kind of show has never been on stage in Eurovision!”