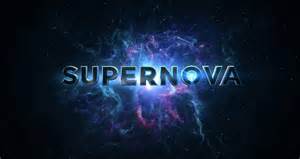 Despite having some terrible luck in recent contests, with 3 consecutive non qualifications to the Grand Final of the Eurovision Song Contest, the Latvian broadcaster has today revealed that they have received 126 songs for the selection process “Supernova” which will be running for it’s sixth season in 2020.

This is a record number of submissions and despite the window being open for 6 weeks, more than half of the songs were received in the final 24 hours.

Ilze Jansone, the executive producer of the show has said “Several artists have submitted two songs, this year there is more genre diversity, there are a lot of young female artist names, relatively more applied songs in Latvian,”

With respect to song genre, it has been reported to include traditional pop music, schlager, metal and joke songs. There are also two songs with the same name, which also happened in the 2019 selection when both Double Faced Eels and Edgars Kreilis recorded songs called “Fire”. Edgars later changed the title of his song to “Cherry Absinthe” and with both songs reaching the final, this was a good call!

ESCBubble have found some clues as to possible contestants for Supernova 2020 from social media. Past entrant Miks Dukurs (2012, 2016, and 2017) has posted an acoustic version of his new song “I’m Falling For You” with the caption “So please help this emotional man to decide! Supernova 2020 – YES / NO – on his IGTV till 23:59, Let’s make this decision together”

The Supernova page itself posted the new single by singer KATŌ (previous back up singer for Aminata at Eurovision) called “Tu sit ārā man korķus” ( and it’s an absolute masterpiece! Will it appear in the selection process?

With Ilze Jansone stating that there are some fantastic females, and lots of songs in the Latvian language, this could be the biggest clue we have!

We expect further clarification from the organisers on November 25th as to how many of the applicants are fully compliant with the rules set, which include length of song, Nationality rules (non-Latvians can only make up no more than 30% of the songwriting team, 30% of the production team, and solo singers can only be Latvian), video presentation and publicity photos.

The Final of Supernova is due to take place on February 8th 2020, once the entries have been evaluated we expect confirmation as to the number of shows in the lead up to the Grand Final! The winner of Supernova will have the opportunity to represent Latvia in the Eurovision Song Contest which will take place in Rotterdam in May 2020.

ESCBubble will have a team in Riga for the final, as we have done for the last 3 years, and will bring you all the gossip and exclusive content live from the venue.

To celebrate Latvia’s Eurovision successes, let’s look back on their highest placed entry of the decade, Aminata’s “Love Injected” from Vienna in 2015 which finished 6th in the Grand Final on 186 points!

Follow ESCBubble using our social media buttons below to make sure you don’t miss out on any news!

Is Andorra finally returning to Eurovision?

This is how you vote in the Junior Eurovision Song Contest 2019!