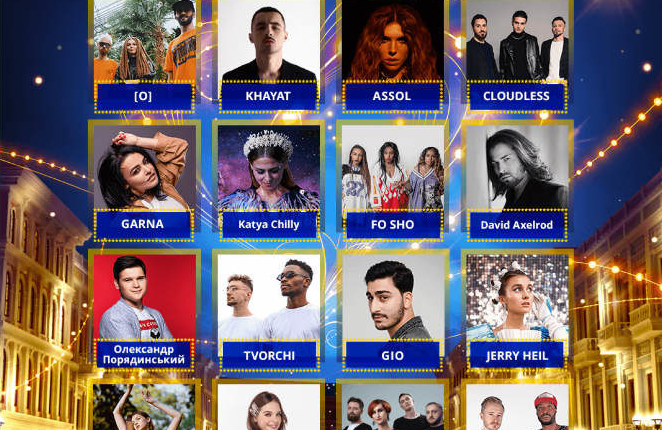 The voting will be done by and audience each having 50% in the decision. The members of the jury Tina Karol (ESC 2006); Andriy Danylko (Verka Serduchka ESC 2007) and Vitalii Drozdov (General director of Hit FM radio).

The songs of the 16 acts, are yet to be announced. The final is scheduled for 22nd of February. The host of all three evenings will be well known Ukrainian TV presenter, actor, author and co-producer of the folk sketch show “Faina Yukraina” (Nice Ukraine) – Serhiy Prytula.

What do you think of the draw? Let us know in the comments below!

Corendon becomes the official airline for the 2020 Eurovision Song Contest