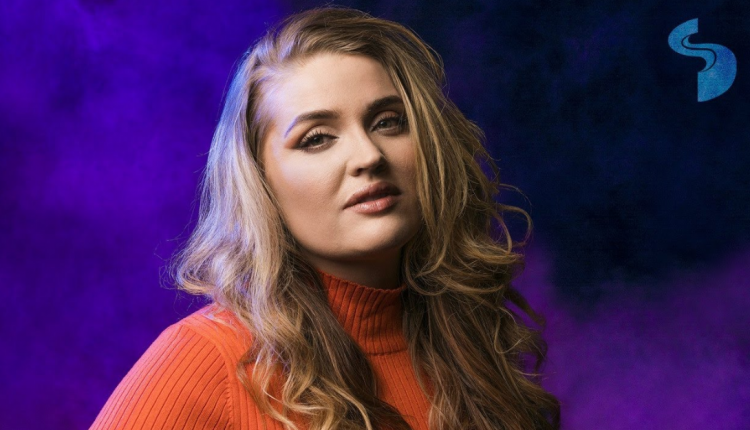 Elísabet: The song was intended to stay in English before we decided to submit it to Söngvakeppnin.

Elísabet has been a finalist in Söngvakeppnin 2016 with the song “Á ný”. Prior to that Icelandic audience knows her as of the Icelandic version of the show “The Voice” 2015 and she is the daughter of Helga Möller, member first Icelandic representative as part ICY trio at Eurovision 1986. We had an opportunity to talk with her ahead of the performance at Söngvakeppnin 2020.

Hello í it is great to see you back at Söngvakeppnin again. You participated back in 2016 with “Á ný” what has changed in your career since then?
Thank you so much, great to be back!So, so, so many things have changed since then. I’ve released my own music, worked with so many amazing, talented people and in general just gained so much more experience. I’ve gotten to know myself, on myself to the point where I also know who I am as an artist. That feeling is one of the best I’ve ever felt.

What inspired you to come back and participate at Söngvakeppnin 2020?
I was never sure if I’d do it again but when asked I’d always say that I would want to do it with a song that I wrote and here I am today

You composed the song together with your friend Zoe Ruth Erwin and as far as I understood it is about the toxic relationship and how some things dramatically switch in a relationship what inspired you to write the song and could you tell us more about it
, Zöe and I have been working together for a few years and this was my first demo I ever created by myself. Then Zöe and I finished it together. I was in a relationship where I always followed and never really had the guts to stand up for myself in anything and when I started working on and building myself up the roles were somehow reversed.

Daði Freyr (runner up at Söngvakeppnin 2017 and this year’s contender) is the author of Icelandic lyrics how was it to work with him?
Incredibly easy. I messaged him on Facebook and asked and he immediately said yes. He also told me that he was in the competition too so I’ve known that for quite some time. He took a few days to write them and I loved them straight away.

Have you listened to songs of other participants? If yes then which one except your own do you like the most/is your biggest competition?
That’s a super hard question. But basing it on my personal taste in music I’d say Daði and Iva’s songs appeal to me the most.

Back in 2016 song “Á ný” was sung in Icelandic could that happen with “Elta þig” if you qualify or you will switch to English version in the final?
I will definitely switch to English. The song was written in English in the beginning and was intended to stay that way before we decided to submit it to Söngvakeppnin.

What is your first memory related to Eurovision?
Selma with “All out of luck” in 1999. I was 6 years old and fell in love with her and of course the song. It didn’t hurt that we almost won. Why, Sweden, why?!

Do you watch the show regularly and which song is your favourite?
I watch it every year religiously. My songs are Molitva (Serbia) Lane Moje (Serbia & Montenegro) and Lejla (Bosnia) – Can you tell I like alkan music?

What are your plans after Söngvakeppnin 2020?
I’m releasing a bunch of music, touring with the band GusGus and many exciting projects ahead this coming summer and fall.

Do you want to share something else or you maybe have a message for followers of ?
Thank you for having me on your blog and I hope you enjoy the show on Saturday!

Elísabet will perform in the Semi-final 1 which will take place on  of February. Don’t forget to tune in at our live blog Söngvakeppnin 2020!
Let us know who is your favourite of the Semi-final 1 by voting in our poll below!

Paul Rey: ”It’s a beautiful secret that is worth waiting for!”