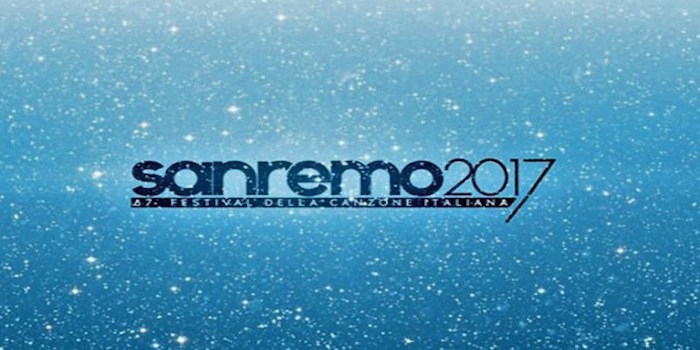 From 2040 CET tonight, join us here as we will live blog all the performances and action direct from Teatro Ariston in Sanremo, Liguria, Italy. Our hosts tonight, as for all week will be Carla Conti and Maria De Filippi and there are plenty of special guest performances as well, including Alvaro Soler and Zucchero

The winner will be given the opportunity to become Italy’s entrant for the Eurovision Song Contest 2017 in Kyiv and will compete in the final on May 13th as one of the Big Five.  If the winner of Sanremo decides not to participate, RAI will choose another of the artists to appear.

The running order for tonight is as follows:

Watch the show here and don’t forget to refresh for our blog, and comment below – Grazie mille!

0139 – Francesco Gabbani won 67th edition of San Remo! Congratulations! Thank you for all of you for following the blog, all over to the 01:AM CET! Thank you Anne and thanks all of you! Good night, buona notte da tutti e grazie mille! 🙂

0137 –  What doy ou guys think? Will we have 2015 scenario, when Il Volo won San Remo and went to the Eurovision or will it happen like last year – remember – Stadio won and Francesca went to Stockholm? So it’s third place for Ermal Meta! So exciting!

0136 – Now all finalists have been called on the stage

0112 – Hosts are again talking about random things, just as spaggheti and tomato 😀 Who couldn’t love them?

0110 – Hosts are still asking you to vote for the favourite on among those top 3 ones. Let me just remind you who are they: Fiorella Manella, Ermal Meta and fan favourite Francesco Gabbani.

0107 -We have another piano interval act now.

0052 – Italians are superfast everywhere, and announcing the results is basically the same for them. So, if we go from the 16th place to the first, those are the acts, who reached their places by the televoting: 16th  – Clementino, 15th – Alessio Bernabei, 14th – Chiara, 13th – Marco Masini, 12th – Lodovica Cornello, 11th – Michele Zarrillo, 10th – Samuel, 9th – Bianca Atzei, 8th – Elodie, 7th – Fabrizio Moro, 6th  – Sergio Sylvestre, 5th – Paola Turci, 4th – Michele Bravi. And now Italians are once again voting for their final top 3. Interval act meanwhile.

0049 – We now will have top three of tonight’s evening from televoting. They’re Fiorella Manella, Ermal Meta and Francesco Gabbani. Kind of expected.

0046 – Looks like Maria DeFilippi is a bit drunk. Who wouldn’t be after 4 hours of Italian songs 😀

0039 – It was, of course, neccesary to have informative programme during San Remo. But here he is: Alvaro Soler, special guest, performing his song ‘El Mismo Sol’. Extremely popular Spanish guy!

0020 – And we have had all our songs and the voting lines are open!

0016 Michele Bravi with Il Diario Degli Errori is up next.  He seriously looks about 15 years old! His voice is nice and raspy, but after the bop that was Vedrai, it’s back to a worthy ballad

0015 – Definitely my favourite so far of those I’ve managed to catch, Samuel is performing the hell out of it!

0011 – Samuel is a dude, in his suit and trilby and Vedrai is injecting some much needed tempo into the evening

0010 – We finally have another of the acts, its Samuel with Vedrai

0000 – We have another guest on stage, who can’t manage the stairs (I think in a comedy way!) so he is coming down on his bottom!

2350 – Next up is Lodovica Comello – Il cielo non mi basta, again another ballad, but I do like her voice

2348 – Jan agrees, technical problems at the start but now all fine.  Fine is about it!

2346 – Some technical problems blight the beginning of Ermal’s song, but they plug in a few leads and he’s off

2345- And now back to the contest, and next up is Ermal Meta with  Vietato morire

2342 – we are having another guest performance, yet again I missed who this is, but the crowd are loving her!

2328 -Next up is Clementino – with Ragazzi fuori.  It’s probably best described as melodic rap, doesn’t sit well with either San Remo nor Eurovision in my opinion

2315 – After introducing Italian speaking model, we have now Francesco Gabbani, singing ‘Occidentalis Karma’. He’s also one of the favourites to win San Remo.

2306 – ‘Ora Esisti Solo Tu’ is now performed by stunningly beautiful Bianca Atzei. I’m not really fan of the song, but hey, is there any of you who like the song? Don’t forget to comment in the section below!

2249 – Zucchero is now paying a tribute to Luciano Pavaroti, when they recorded a song ‘Miserere’, together with Andrea Bocelli.

2240 – Zucchero is (after Ray Charles) known as one of the best ones in blues performing industry. Well done, Zucchero!

2235 – And here we have another interval act, worldwide star, Zucchero with his hit song ‘Partigiano Reggiano’

2230 –  And here we have our commercial break now. Will be a long night, I can see it already

2225 – Following contestant is Marco Masini, with a song Spostato di un secondo. And definitely is not my favourite song in the evening.

2209 – Whatever I can get from that funny interval act is: Eurovision, Donal Trump and Ku Klux Klan. Oh well

2206 – I see that song could go well on the radio stations in Italy, also staging looks preety well here.

2203 – Beautiful song by Fabrizio Moro. Very deep, very honest and very Italian. I wouldn’t mind having him in Kyiv! Next on is Alessio Bernabei with a song ‘Nel Mezzo Di Un Applauso’

2158 – Hello to all the ESCBubble followers, it’s Slovenia calling. Jan will be with you, so Buona Sera a tutti! Next performer will be Fabrizio Moro with a song ‘Portami Via’ (eng. Take Me Away)

2153 – As the pretty ladies depart with their flowers, we head off for another ad break

2152 – Our editor Jan will be joining you shortly, his Italian is SO superior to mine!

2142 – Fiorella is another one with those “Damn, I’ve lived my life” vocals! Think Mia Martini and you’re not far off.  It is another female ballad though ….

2140 – As Fiorella comes to the stage, the crowd start chanting her name, she really is one of their favourites tonight!

2134- They’ve lost Sergio (which isn’t easy, he’s built like a mountain!) but he takes to the stage as they bring an extra tall microphone out for him and talk about how tall and big he is

2133 – One of my favourites up next, Sergio Sylvestre with Con te

2129 – Michele is one of those old fashioned Italian ballad singers,with a voice that you know has seen some action over the years 😉 It’s a nice song, but nothing mind blowing

2128 – We are on to song two already! Michele Zarrillo – Mani nelle mani

2126 – She’s putting in a great performance and wearing a simple white trouser suit. But it’s a ballad and I’ve had too many of them this week!

2116 – We are back with our first guest performance. I’m a terrible person and was getting a coffee during the introduction….oops!

2111 – Following some words about money raised following the terrible avalanche that engulfed a hotel recently, we move to a commercial break

2103 – And the jury are introduced to the crowd and include Giorgio Moroder!

2100 – And we get a pre-cap of the songs we will see tonight.  Seems that my “confirmed running order” is a bit out if this is what they’re going with!

2055 – The show starts with a group of young disabled musicians who really got the crowd going, they were excellent!

2045 As the news reporter takes us through the winners and losers of the week so far, he catches up with a couple of the finalists