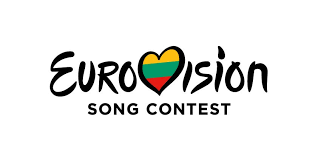 Jury results of the second heat of Lithuania’s Eurovizijos leaked!

The Lithuanian Eurovision marathon “Eurovizijos” started last Saturday, where the first six acts for the second stage of the competition were selected. Whilst televoting is (obviously) happening at the time of broadcast, the show itself is pre-recorded. Thus the second heat which will be broadcast on the 19th of January has been recorded yesterday, and the jury results have already leaked.

A total of 13 acts are taking part in the second heat, and they are as follows:

After all the performances, the favorite of all of the judges was Justina Budaitė, and she was followed by Edgaras Lubys in second place, and Paola Hart and Lukas Bartaška in tied-third place. On the other side of the scoreboard, two band – Banzzzai and Tiramisu shared the last place. The full jury results are as follows:

The second heat will be broadcast next week on Saturday (19th of January), when the public will also have their say, and the result will be complete.

Huge interest for Dora 2019 in Croatia!