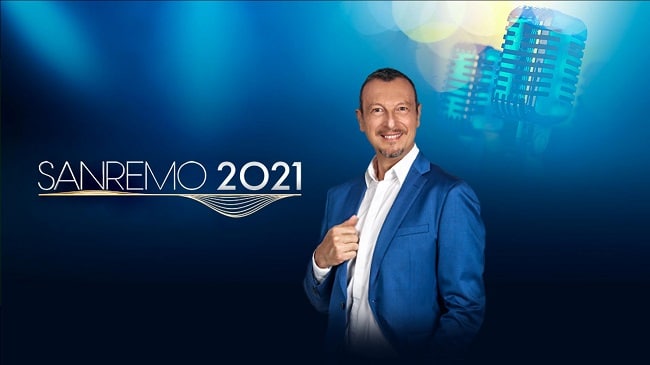 The final of Festival di Sanremo 2021 takes place tonight with the start at 20:45 CET. The hosts are Amadeus and Fiorello who had various stars as co-host during the previous four nights,  first one featured Matilda De Angelis ,
second Elodie, in third we had the supermodel Vittoria Ceretti, and the fourth Barbara Palombelli.  As the interval acts and the guests of the final for the Festival di Sanremo we will be seeing the performances of Italian singer Ornella Vanoni, and representative at Eurovision 2017 Francesco Gabbani, Dardust and Urban Theory, singers Riccardo Fogli, Michele Zarrillo, Paolo Vallesi, alpine skier and actor Alberto Tomba, swimmer Federica Pellegrini, singer and actress Tecla Insolia, journalist, Giovanna Botteri and Banda musicale della Marina militare (The musical band of Italian navy). A total of 12 acts are competing and the winner will get a chance to decide if they want to be the next Italian representative at Eurovision Song Contest 2021 which is going to be held in Rotterdam.

The full running order of tonight’s performances wasn’t revealed at the moment of writing so below you can find all of the acts in alphabetical order:

As soon as we got to hear the songs of all competitors we started a poll where we asked you to let us know which ten of the 26 competing acts are YOUR personal favorites. This poll is going to be closed today at 14:00, and the results of the poll will be combined with the votes of 10 of our team members, as well as one guest jury member – from OGAE Italy and we will have the ESCBubble winner of Festival di Sanremo 2021. The full results will be presented tonight at 19:15 CET on our Youtube channel – make sure you subscribe so you don’t miss it. Make sure to cast your vote for your favorite in our poll here (please note that votes received after 14:00 CET will not be counted):

The entire show is going to be broadcast live internationally you can follow it HERE, and ESCBubble’s Ervin and Fouad will of course live blog the entire show for you and you will be able to interact with them on the site.

Israel completes the line-up for the final of X Factor. Songs to be released on…

Israel completes the line-up for the final of X Factor.…

Viewing figures of Junior Eurovision 2021 have been…