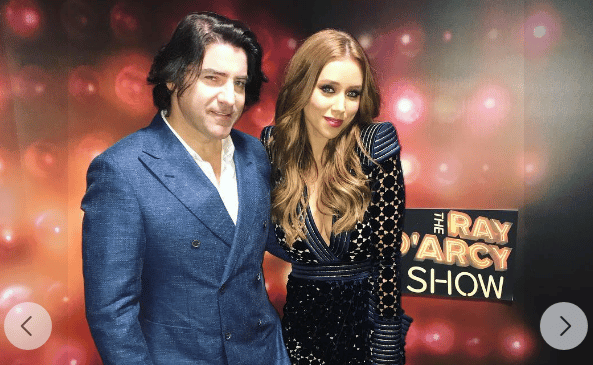 Una Healy has spoken about how she’d like to return to Eurovision, but this time writing for her country.

The singer who was part of the band The Saturdays, was also a backing singer for Ireland when Brian Kennedy represented the country in 2006 with the song ‘Every song is a cry for love’ which you can see below:

Speaking to the Irish Mirror newspaper, Una said it would be a dream to write an song that could help Ireland to qualify at Eurovision, saying:

“I would like to be part of it again in some way, because I did it in 2006. I don’t know if I would like to perform but maybe to write something for it. To write an amazing song, that would be a dream.”

Una also spoke about Ireland’s general attitude to the contest after the UK came 2nd this year, adding:

“Eurovision is nothing to turn your nose up at. It is a huge launch pad for so many artists. See Sam Ryder there now…He’s talented. It shows the UK to come second in this day and age, you thought that would never happen again but it just proves that the public have a bigger say now with the voting system.”

Una went on to speak about how her songwriting was going, saying:

“I didn’t find myself inspired by the pandemic, some people really said it was a great time to write – I was the opposite. I was like no, I’m trying to adjust to this whole new life and settle back into Ireland so now that I am settled, I think it is time to start writing again and I’ve a few more things going on.”

Since leaving The Saturdays, Una has released a number of songs, including the song ‘Wild grasses’ which reached Number 13 in the Irish charts, which you can see below. Could we see Una writing a similar song for Ireland?

What do you think? Would you like to see Una write a song for Ireland? Let us know in the comments section below!