The 9th edition of the annual Eurovision Gala Night in Luxembourg took place on the 22nd of October at the Conservatory of Music in Luxembourg. The venue where the Gala was held was completely full, and people were asking for an extra ticket for this event, where 14 amateur singers, and three Eurovision stars took part.

The hosts of this year’s Eurovision Gala Night were Eric Lehmann and Mireille Meyer. They welcomed all the guests, and the evening started with the competition of 14 amateur singers, in singing well known Eurovision entries. 16 members of an international jury from all over Europe were voting, and seeing as this event was a charity event, all the attendees of this Eurovision Gala were invited to “vote” by donating money to charity, by putting money into one of 14 boxes, one box for each of the singers.

Before the results were revealed, three Eurovision stars have performed various songs on stage. They were none other than the 1998 Eurovision winner – Dana International, 2014 Eurovision winner – Conchita Wurst, and the runner-up of the 2007 Contest – Verka Serduchka, who was joined by Mama, a live band, backing vocalists and dancers.

Dana International was the first guest to perform at the Gala, and she performed a half-hour mini-concert. She started off with “My Name Is Not Saida“, continued with “Free“, as well as her Eurovision winning song “Diva“. She then went on by performing the traditional song “Hava Nagila“, and finished in a true party style with “Cinque milla“. In her interview after the performance, Dana mentioned that if she had the choice to sing “Diva” in either English or in Hebrew, she would still pick Hebrew, and stressed that every country should sing in their own language in Eurovision, and show the true values of their own countries.

The second star to perform at the Gala was Conchita Wurst. She started off her mini-concert with a performance of “Firestorm“, followed by “Where Have All The Good Men Gone“. Two more hits followed – “We Could Be Heroes” and “Unstoppable“, before the song which brought her Eurovision glory – “Rise Like A Phoenix“. Before going off stage, Conchita took a group photo with all the people in the audience.

And last, but most certainly not least, it was Verka’s turn to set the stage on fire. As soon as she went on stage to “Te Deum“, and offered the public some champagne, everyone in the hall were on their feet and dancing to “Lasha Tumbai”. She performed series of songs together with Mama (who just kept bringing more and more people on stage), backing vocalists, and a full live band. Verka’s performance ended with a quick interview, where Verka was asked about her “forgetting everything” at revealing the votes at this year’s Eurovision, as well as Beyonce “stealing” her music. At the end, Verka and Mama were on their knees, asking the Prime Minister, Lord, the Duke, and RTL, to bring Luxembourg back in Eurovision. (you can check all of this in our video here).

Finally it was time for the results. The sixteen members of the international jury from all over Europe, cast their votes for the performances they liked the most. Maryse De Donato who sang “Si la vie est cadeau” was the jury favorite and scored 145 points. She was followed by Mara Borrelli who sang Sanja Vucic’s “Goodbye” and scored 114 points, and Leticia Acurcio was third with 109 points, who sang Loic’s “Rhythm Inside”. The public present at the Conservatorium were asked to donate money to charity by putting an amount of money they wish, to the box of their favorite singer.

The three favorites of the audience were Eva Cloostermans who sang “Children Of The Universe” by Molly Smitten-Downes in third, Mara Borrelli in second, and Maryse De Donato was the favorite of the audience as well, who then won the 2016 Eurovision Gala Night with a total of 205 points. 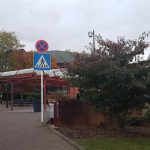 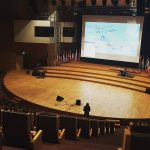 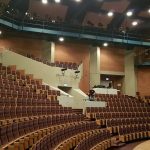 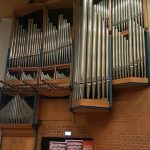 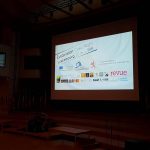 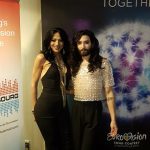 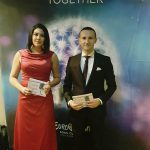 The hosts of the show (Photo: ESCBubble / Ervin Juhász) 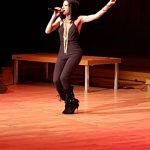 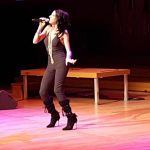 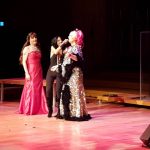 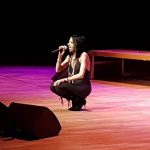 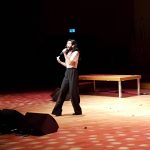 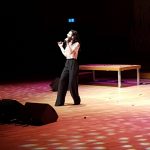 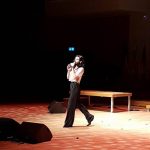 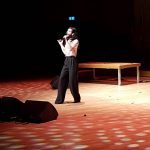 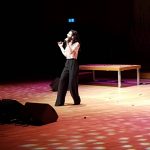 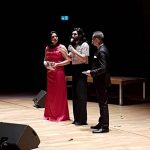 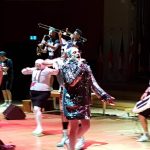 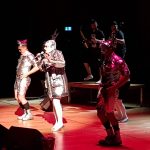 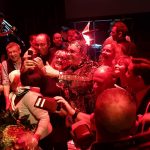 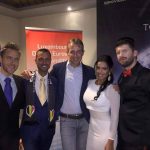 One part of the jury 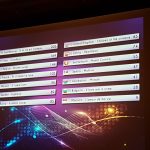 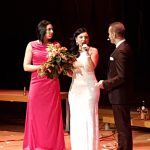 You can check all of the performances from the Gala in our playlist right here: