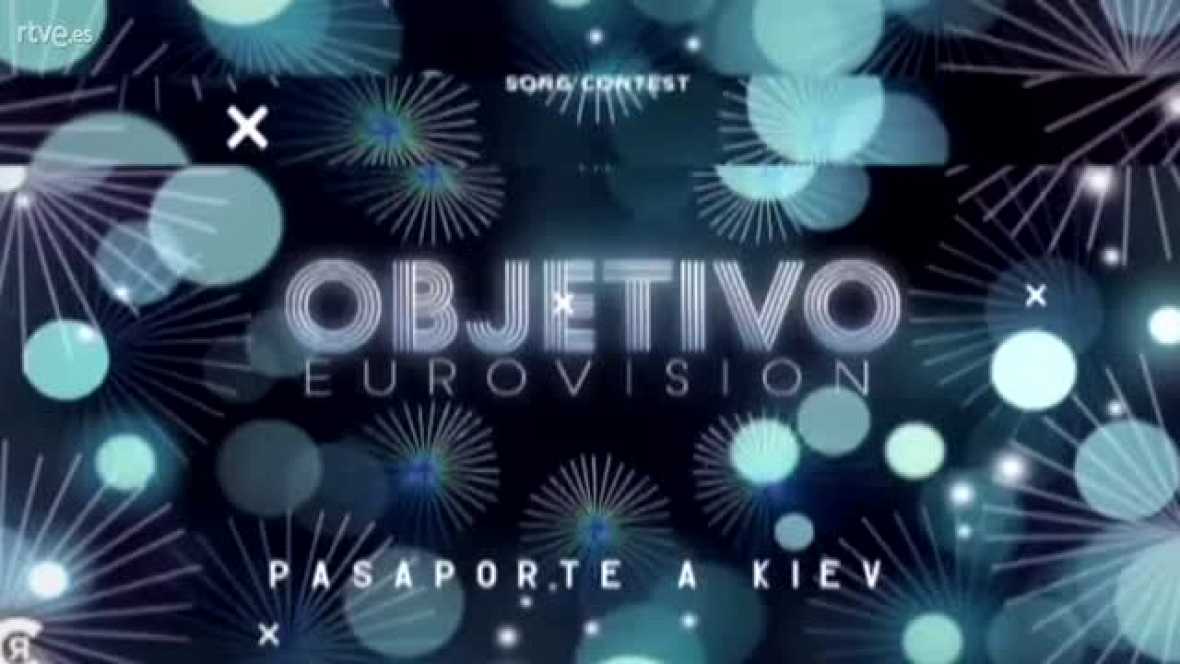 Welcome to Madrid for the live final of Spain’s Objectivo Eurovision selection show. Tonight will see 6 acts battle it out for the chance to represent Spain in Kyiv in May and the winner will be decided by 50% SMS and App voting and 50% from the studio jury.

The Jury consists of Virginia Diaz, Javier Cardenas and Xavi Martinez, and our host taking us through tonights proceedings is Jaime Cantizano. The 6 artists and songs competing are:

The show kicks off tonight at 22.00 CET and you can watch along with the show here.  Join Kyle in watching the show below and get in touch with your comments.

Don’t forget to refresh this page to get the live updates.

00.04 Wow, so the judges have overruled the public’s choice, the song that came only 3rd in the public vote will represent Spain in Kyiv

00.00 Unlike previous years, its not the public that get the final say, its the judges this year, the crowd are chanting for Mirela

23.59 So Mirela wins the televote to tie with Manel with 58 points!

23.57 so we currently have Manel in the lead after the jury votes with 34 points

23.56 now time for the televote results

23.45 a Storming performance from Barei there!

23.42 A performance from Barei with Say Yay!

23.37 Our Spanish theatre interval act continues with some Eurovision songs mixed in!

23.34 But no fear we have a wonderful Spanish interval act here, its very theatrical!

23.31 Spain sure do like their recaps, we’ve just had another one!

23.28 The crowd chanting Mirela’s name throughout her appeal, could this be a signal as to how the public vote will go

23.25 I was mistaken, more chats with the artists

23.21 Just had a final recap, I think we are getting some results soon

23.16 Time for some more begging to camera for votes!

23.10 Time for a performance from special guest Karina who represented Spain back in 1971, she is performing her 2nd place song En nu mundo nuevo

23.04 Our acts are now being given the chance of a 30 second elevator pitch to say why they should be the one to represent Spain in Kyiv

23.01 We are being show a map of the world and the tweets tonight that have come from around the world, lots of tweets from the UK, the central Americas, and Australia!

23.00 Time for some comments to be read out by tonights co-hosts

22,54 A hugely positive reaction in the room for Mirela

22.51 Mirela surprising me with this one, a lot stronger vocally than I was expecting, I still feel the song is a little dated, but she is giving it all she has got on stage!

22.48 And we are onto our final entry for the night, its Mirela with Contigo, Mirela previously competed in the 2007 selection and came 2nd, and again in 2009 finishing 4th, can she win it tonight?!

22.45 Maika looks striking on stage with her red hair and jacket, shes giving a great performance, solid vocals and she has a nice rasp to her voice. It is perhaps a little karaoke, but she is giving it her all and I’m sure she will be happy with that performance. The studio crowd chanting  her name

22.42 Onto song number 5 its Maika with Momento Critico

22.41 We are now being “treated” to some Spanish youtubers performing a variety of past Spanish performances

22.40 Quite generic from Mano there, not much wrong with it, it was a well put together routine, but nothing that made Mano stand out as a performer

22.35 Onto track number 4 its Mano Jefferson with Spin My Head

22.30 Paula’s song is just not for me, it sounds a little Texas Lightning Germany 2006, and is a little country wannabee track. She seemed to have fun on stage though!

22.24 LeKlein provides a confident stage performance and vocals, a good reaction from the local crowd!

22.17 Manel looks happy on stage to be performing, but there is something sounding a little off in his vocals, they seem to have quite a lot of reverb on the microphone and its just not working for me. This song is a compact camp guitar jam and it just hasn’t worked with those microphone effects.

22.14 And we are ready to get started with our first entry of the night from Manel Navarro

22.11 An introduction to our jury panel for the evening Virginia Diaz, Javier Cardenas and Xavi Martinez and a quick word on what they are looking for in a Eurovision entry

22.07 Ohh its now turned into a medley of Rise Like a Phoenix, Heroes, Amauncer , Euphoria with some Lady Gaga thrown in randomly!

22.06 Kicking the show off with a Spanish girl singing Abba’s The Winner Takes It All

22.03 Some adverts and then we are good to go, come on Spain, we want to see Objectivo Eurovision!

21.55 Only 5 minutes away now, Jaime Cantizano will be our host taking us through tonight

21.53 – Hello and welcome to our blog following the live final of Objectivo Eurovison, tonight we will see Spain select their entry for Kyiv 2017

Mariette and Benjamin Ingrosso through to the final of Melodifestivalen!

PrePartyES in Madrid returns for 2023 – Tickets are available now!